God’s Lone Country – a film about rural poverty and isolation

First of all, abandon all preconceptions about what you think poverty should look like. Homeless people in shop doorways. Shoddy blocks of flats punctuating city skylines. Filthy streets strewn with rubbish.

Rural poverty looks different. It’s easy to miss. It can even be disguised as a life you envy and covet. A farmer living in a beautiful stone cottage overlooking the fells – except his cupboards are bare and he lives every day in loneliness. A family out shopping in a pretty postcard village – except they live in a tiny box room, or sleep on a friend’s sofa. A young mum walking her toddler to playgroup in the quaint village hall – except she can’t drive, there are no buses and playgroup is the only place to go; the only thing to do.

How to make people see such hidden problems? Private suffering buried beneath a beautiful surface?

When the RSA’s Food, Farming and Countryside Commission asked me to make a film about a ‘hidden rural crisis’, I was met with this challenge.

God’s Lone Country, a short film released this week, is what we came up with. The story of a farmer whose income from producing food has been so low he’s considered using a food bank to feed his own family; a student nurse and mother-of-three forced out of her home village by the cost of housing; and a single mother living on a deprived and “forgotten” estate on the edge of one of Britain’s most treasured tourist spots.

Set against the beautiful backdrop of the Peak District National Park, it’s a film to challenge rose-tinted images of the rural idyll and reveals the tougher realities of life in rural Britain. Low incomes, a lack of affordable housing and poor access to the basic services we take for granted in towns and cities.

It’s not a perfect film – it barely scratches the surface. But hopefully, thanks to the three people who share their stories, it will get people talking. And listening.

James Metcalfe is a tenant sheep farmer in Edale who feels trapped in the “vicious circle” of a cheap food culture. He describes the “ridiculous” situation of being a food producer who can’t always afford the food he produces in the supermarket. James shares his experiences of dealing with anxiety and depression while running a farm on a low income. 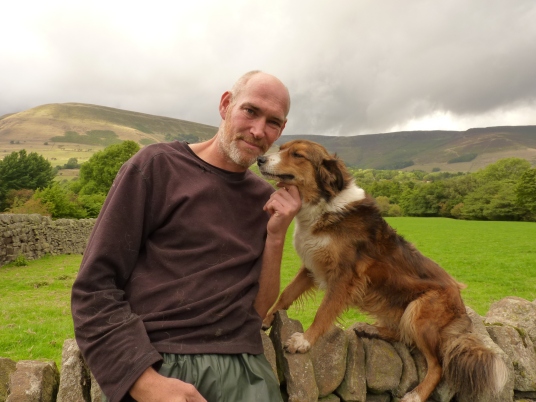 James Metcalfe and his sheepdog Tess

Cassie Hodgkinson is a student nurse and mother-of-three in Youlgrave who couldn’t afford to rent or buy in the desirable village where she was born and bred. The average house price is £300,000 – pushed up by wealthy incomers escaping to the country. Cassie spent 18 years searching for a permanent home, including two years living in a tiny box room with her husband Lee and daughter Jordan.

Kelly Shaw, a hard-working single mum, lives on a deprived housing estate on the edge of the Peak District National Park. Gamesley was built in the early 1960s as a Manchester overspill estate. It housed workers for the nearby factories and offered clean air and countryside, which many residents happily traded inner city life for. There’s a beautiful view from the block of flats in the middle of the estate, looking out to Snake Pass.

Today the factories and most of the jobs have gone, leaving a community of people marooned, as Kelly puts it, “in the middle of nowhere”. Those who rely on the patchy bus service struggle to get in and out of Gamesley, a dilapidated pub sits empty in the middle of the estate and family services, like the children’s centre and mother and baby clinic, are either unmanned or shut for good.

Gamesley feels forgotten. Yet thousands of ramblers, cyclists and horse-riders pass right by it on the famous Trans Pennine Trail. It’s a lucrative tourist trade right on the doorstep. Day-trippers with money to spend. But Kelly and her community see none of the benefits. 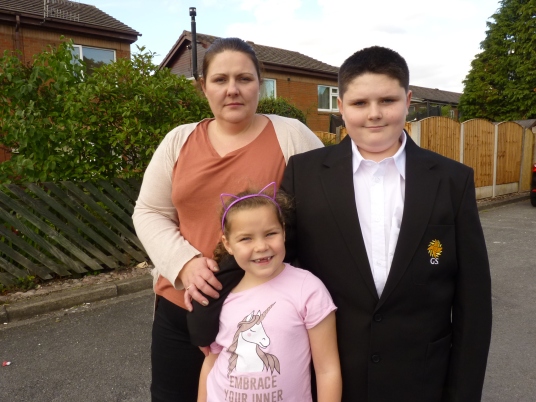 Kelly Shaw with her children Elliot and Amelia

This film won’t solve these problems. But maybe next time we’re on a day out in the countryside, we’ll look beyond the pretty views and beneath the beautiful surface. And then we will truly see our countryside.

For more information about the RSA Food, Farming and Countryside Commission, go to: https://www.thersa.org/action-and-research/rsa-projects/public-services-and-communities-folder/food-farming-and-countryside-commission