The Heckler & The Calendar

How’s this for serendipity?

Back before Christmas I got an email from the Landworkers’ Alliance advertising their 2019 calendar. They are beautifully illustrated with lino prints of agricultural scenes by the artist Rosanna Morris. I meant to buy one but it went clean out of my head, as things tend to do in the festive season.

Some weeks later I was at a farming conference when a member of the audience started heckling a guest speaker.

The speaker had dared to praise Michael Gove for bringing agricultural and environmental agendas closer together, and suggested greater collaboration was a good thing. This did not go down well with the heckler.

She had a few words for Mr Gove – they were not complimentary – and started to shout and swear about the threats to our health from agricultural chemicals. The room fell uncomfortably silent. I’ve been to enough farming conferences to know that audiences will listen politely to even the most controversial speakers before sticking it to them during the Q&A. We don’t heckle and shout ‘fuck’. This was more like a Momentum rally.

Things wrapped up fairly swiftly and we scurried away to the pub, muttering amongst ourselves about the drama.

After a beer, when we were putting our coats on to leave, a woman approached us. It was the heckler.

She was a very direct person – full of loaded questions – and asked, straight out, who we were.

Her tone was openly and brazenly judgemental; ready to pounce the moment I said something ‘wrong’. It got my back up immediately. I could feel the anger rising in the pit of my stomach.

“Yes, of course. They’re sheep.” (I didn’t mention we finish some of our beef cattle on concentrates).

“But if I’d said my Dad was an intensive poultry producer you would have judged us instantly right?”

“Yes I would,” she said almost gleefully.

I excused myself and went to the bathroom. I was fuming! Enraged! What gives her the right to judge me or anyone else? Why am I explaining myself to this complete stranger?

I marched out of the toilets, ready to dish up my own bit of judgement, when I stopped in my tracks. She was chatting to my friend, showing him a copy of the Landworkers’ Alliance calendar I’d been admiring online.

I felt a bit less angry.

“The artwork’s beautiful isn’t it?” I say, rejoining the group. We flick through the pages together.

To my utter astonishment the heckler hands me the calendar. “Here,” she says, “ take it. I can tell you like it.”

But she insists. It’s a gift.

We chat more generally about the conference and, after a while, I have to mention it.

“I heard you heckling that speaker. It was wasn’t very nice.”

She looks uncomfortable; perhaps a little embarrassed. She says her comments were aimed at someone else but she shouldn’t have lost her temper. She shares with us that she gets easily hyped-up about things. I detect there are other, deeper, issues.

“I’d actually like to apologise to her,” she says.

I tell her where the speaker can be contacted.

I have no idea if the heckler ever did apologise but there’s got to be a moral in this story somewhere. Just in the nick of time a shared interest – the calendar – had prevented what could have been a pretty nasty debate, fuelled by nothing but anger and preconception. For me, it proves that just a little bit of common ground can take the heat out of a confrontation.

My serendipitous calendar now hangs in our kitchen. I write the dates of farming conferences on it. Maybe I’ll bump into my heckler friend again someday. 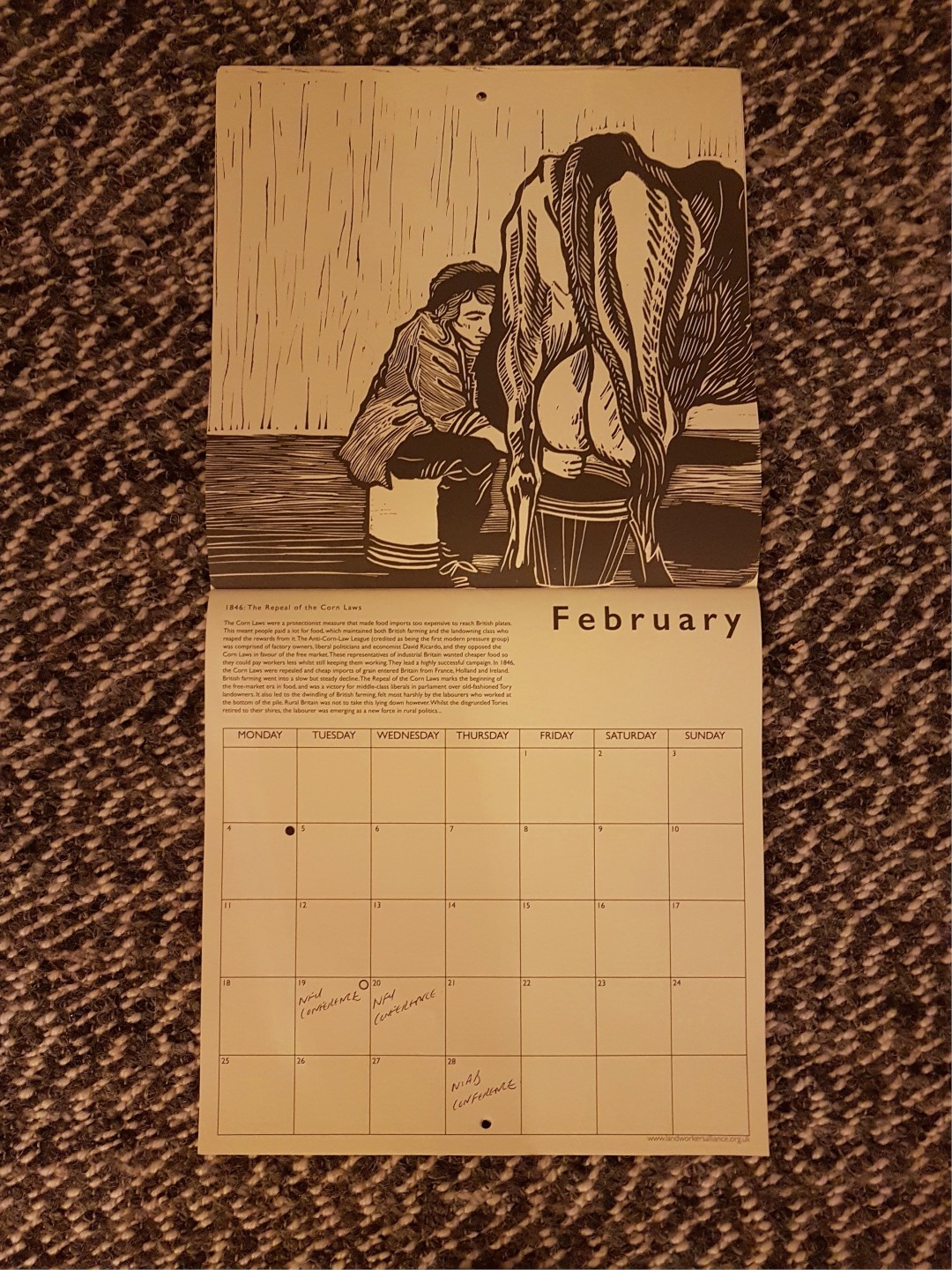