Ireland: The Other View

I’m sitting on the deck of a Stenaline ferry from Rosslare to Fishguard. The weather is so calm and gorgeous it would be a complete waste to sit inside. Picture to prove it: 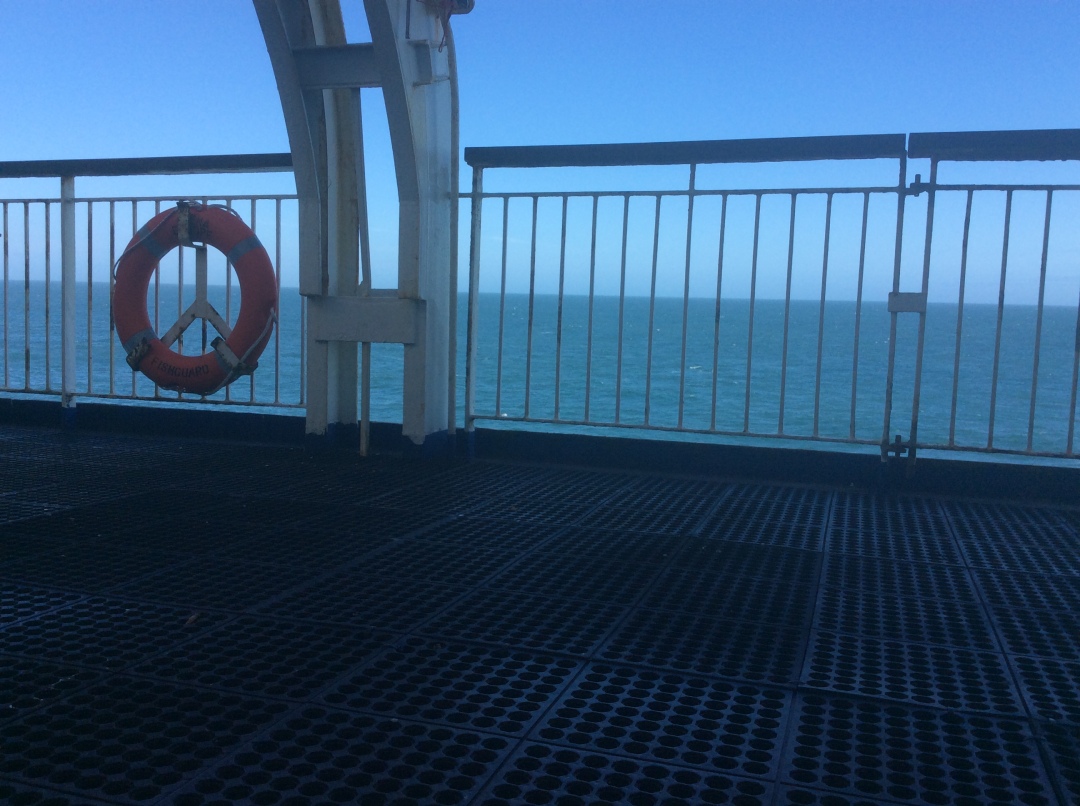 My last blog post laid out a lot of positives about the relationship between Irish agriculture and the media (and the general public), but plenty of differing views were thrown up too. It made me realise there is never a simple picture – truth lies in the shades of grey (many more than 50!)

I heard how the reporting of Irish farming issues can sometimes lack breadth of views and a variety of voices. One person suggested to me that it’s not always the individual farmer’s views that are well covered, but those of the umbrella organisation. The Irish Farmers’ Association (IFA) is the equivalent to the National Farmers’ Union (NFU) in the UK and represents around 88,000 members.

It would be naive to think large organisations like this don’t have an agenda, or their own internal politics. The question is whether people at the grassroots agree with that agenda, and whether those who don’t are being heard too.

Several journalists I met pointed out that the specialist agricultural media can sometimes be dominated by dairy and (to a lesser extent) beef. It seems Ireland’s economic dreams are invested in the dairy industry and a policy of expansion and consolidation is championed by many. There were hints that those who disagree with the course set for Irish agriculture can be treated as mavericks or troublesome rebels.

Farming news can be, in the words of one contact, ‘ghettoised’. For example, it’s easy to skip over a supplement in the Irish Independent or Irish Examiner if you’re not interested – I’m guilty of doing that with the sport pages! Perhaps a better attempt at integrating farming issues in the general news agenda would reach a broader audience.

I heard that mainstream newspapers have lost their dedicated agricultural correspondents in recent years. That’s a trend in the US and the UK too, but I was surprised to find the same situation in such a rural country.

There appears to be a lack of appetite for environmental stories in some mainstream news. I met one prominent journalist who said environmental topics can be a hard sell. I’m going to do more research into this as I didn’t have time to reach out to environmental groups, but I’d be interested to see how issues important to them stack up against agricultural coverage.

I had some Tweets and comments about my suggestion that there is no urban/rural divide in Ireland. It made for interesting discussion. One contact, a Nuffield Scholar, said some city folk can be actively anti-farming and angry about subsidies. He made an interesting point that sour grapes can exist too, that there are a lot of people in the cities of Dublin and Cork who may be the child who didn’t get the farm!

I concluded that negativity towards farming does, of course, exist in Ireland but it tends to come from a place of familiarity or basic knowledge as opposed to a place of ignorance. People are basing their views on some direct experience of farming, whereas people in more urbanised countries can form strong opinions about agriculture without ever visiting a farm or knowing a farmer.

Overall, Ireland has a Government, public and media that is sympathetic and knowledgeable about agriculture. But that has its pitfalls. Reporting can be extremely specialist and technical, and the industry may suffer from a lack of scrutiny and interrogation. That runs the risk of breeding defensiveness and an unwillingness to answer tough questions when bad news breaks.

Why is it important to be open to opposing points of view? Well, I’ve just caught up on the rewilding debate on BBC Radio’s 4’s Farming Today programme, which was recorded at Countryfile Live at Blenheim Palace last weekend. The Welsh farmer on that panel was up against some compelling arguments and pretty direct accusations made by that master communicator – the environmental commentator George Monbiot. Yet he was calm, friendly, unruffled, positive and open. As a listener, I heard him loud and clear – and he didn’t raise his voice once.