We Will Remember Them: The Battlefields Tour 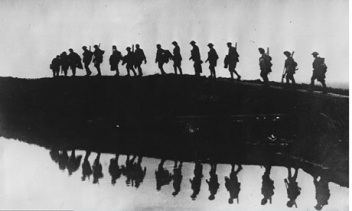 For the majority of Nuffield scholars, the end of the CSC meant returning home to their families. For me it was the beginning of the next stage in my Nuffield journey – the Global Focus Programme.

Organised by Nuffield Australia, the GFP is compulsory for all Aussie scholars. Six weeks of intense international travel visiting farms and rural communities; the aim being to give us a better understanding and appreciation for how food is produced around the world.

There are five GFPs bound for different countries and continents – India, China, Japan, Brazil and Africa. There was one space available on each tour for a UK scholar and we were each given the chance to apply. I went for the African one and was lucky enough to get it. I mean, really lucky. The itinerary is amazing – we’re travelling to France, Germany, Czech Republic, Florida, Washington DC, Kenya and South Africa.

It kicked off with a tour of World War One battlefields in France and Belgium. It wasn’t exactly what I expected from a farming scholarship but Jim Geltch (head of Nuffield Australia and the guy I mentioned in my last post) is a keen military historian. He wants to give Australian, Kiwi and Canadian scholars the opportunity to see where their countrymen fought alongside the Allied Forces in the First World War. Soldiers from the across the Commonwealth died in their thousands for a cause I’m sure many felt was a far cry from their life in the Southern Hemisphere.

I had never visited the battlefields so it was a new experience for me too, and one I’m really glad I shared with an international group of people. Naturally I’ve only ever looked at our wartime history from a British perspective but what a privilege to visit memorials and cemeteries dedicated to those whose stories are less well known.
Just to put it in context, Australia lost nearly 62,000 men in WW1 and the overwhelming majority fell in France (not at Gallipoli). I was shocked by the numbers of Commonwealth lives lost – 72,407 Indians, 64,665 Canadians, 18,148 New Zealanders and nearly 10,000 South Africans.

Our guide was Alan Forbes, who served in the British Army for many years and is a fountain of knowledge. He busted a few WW1 myths too. I’d always been told the British Army Generals were an arrogant, inhumane bunch who threw men over the top like cannon fodder while sipping brandy and smoking cigars in chateaus far from the front line. In actual fact 64 Generals died in the First World War, twice the number lost in the Second World War.

We had two beautifully crisp days and cloudless blue skies; but the cold was biting. Seeing the Aussies shivering in their hats and scarves I wondered what it must have been like for those Queenslanders in 1916, so used to a tropical climate, arriving in Flanders’ Fields.

We visited the sites of major victories and crushing defeats, and quietly paid our respects. I wasn’t expecting to shed tears, but seeing three unknown soldiers from Shropshire, my home county, laid to rest side-by-side in the Commonwealth Cemetery near Ypres made me weep for all those young lives cut short. 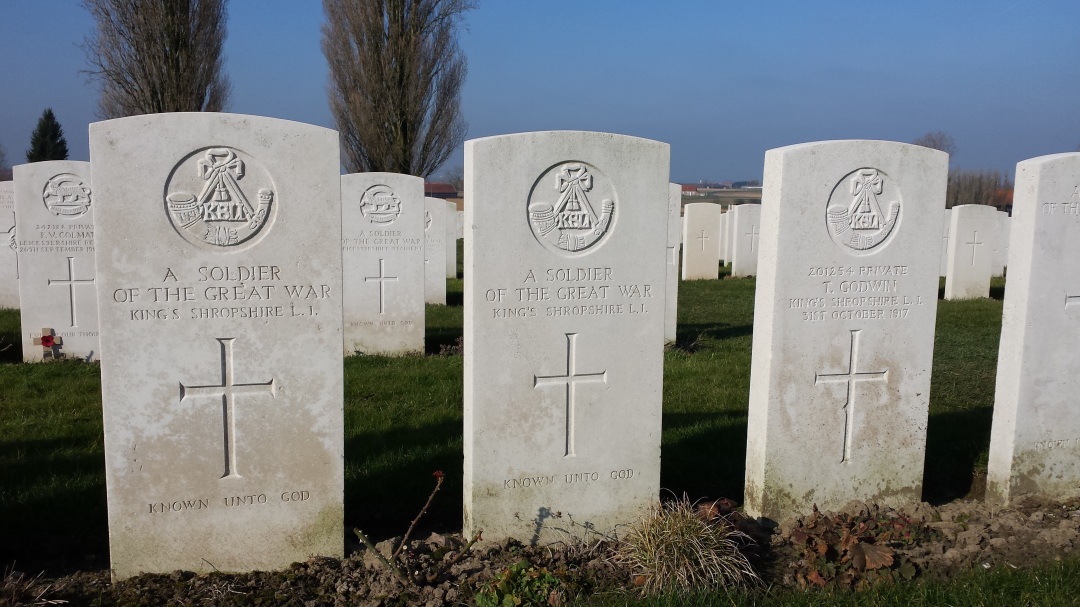 I saw the graves of two Australian brothers. Their parents had requested two words added to each headstone – their oldest son was “pure and beautiful”, the other “noble and loving”. Something about that personal touch in a sea of unknown graves broke my heart. I regretted not bringing tissues.

We spent the night in Ypres in Belgium and cheered ourselves up with a meal of beef stew and a few beers in town. There’s nothing like exploring a new place with good company and it was a great way to kick off six weeks of travel.

First thing on Tuesday morning (March 15th), our eight-strong Global Focus group splintered off and boarded a flight to Miami. We’re a gang of three Aussies, one Kiwi, one Canadian, one Brazilian, one Irish and me, the token Brit.

I’ll blog in more detail about Florida on my next Transatlantic flight. Suffice to say we’re loving it, even in spite of the cough and cold that’s gradually making its way through the group. The perils of air conditioning.